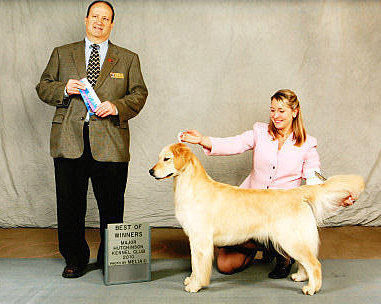 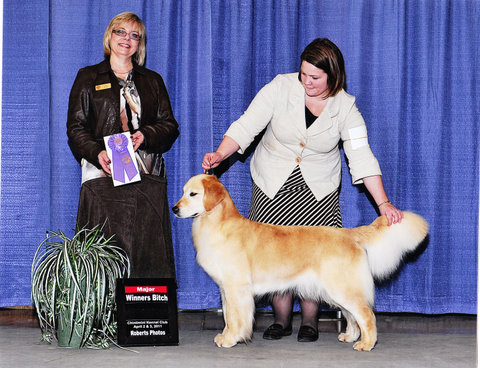 Achievements:
Charlotte is such a happy and easy going girl which exemplifies the Golden Retriever’s nature. She was one of the BIG litter of 13 puppies and my pick from 3 weeks of age out of the six girls. I have high hopes for this young girl. Of course I wanted coat for these puppies and yikes..be careful what you wish for ! She was shown some as a puppy (BOSS at the Canadian Western Regional Speciality, July 2007) and has been at home growing up.

UPDATE:
Spring 2011- Charlotte has her coat back and gets her second 4 point major shown by Maryke under breeder judge Cheryl Shaw.

Gallery for Can. CH. Goldtales Magic on the Big Screen 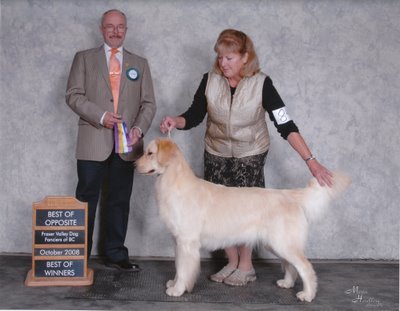 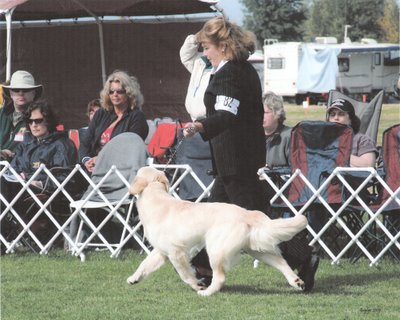 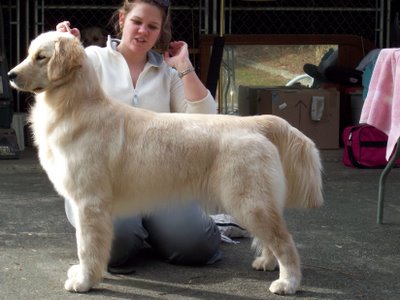 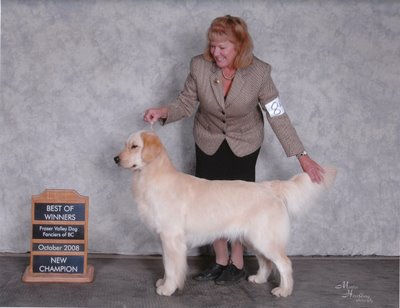 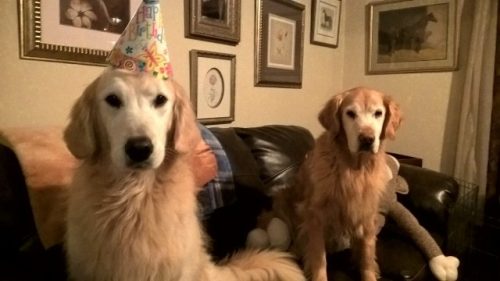