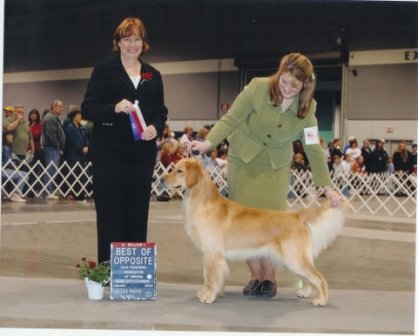 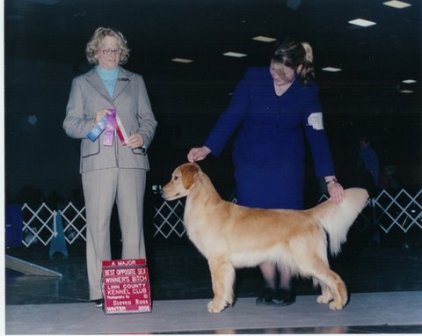 Achievements:
Ava came to me from Julie Matney her breeder. She was 7th pick of 8 female puppies. Who says first pick is the best ! Not in this case…lesson learned. Ava’s first show was with me at the Sporting Dog Club of BC in July 2004. She was RWB and Best Puppy. What a start. The next big show was at the 2004National Speciality in Malibu, CA. and she was second in her class of 32 with me showing her ! Yeah ! Ava got her first major at the Whidbey Island Kennel Club in Nov. 2005 with me ! The lead was then turned over to Maryke Nau who put all the rest of the points on Ava. Ava finished in the US very quickly, in eight weekends of showing in the Pacific Northwest ( very tough competition) with 4 majors, two BOS. At the Evergreen Speciality in June 2006 Ava went BOS. Then motherhood in December 2006. Ava did not cater to that very well. It just was not in the agenda for her.

A “BIG” litter born on Dec. 14 on the day of the BIG windstorm in Seattle born via C-section. A BIG drama indeed. Ava did not have hardly any milk and by the second day I was bottle feeding 13 puppies which lasted for 3 weeks. Ava cared for them yet when the crew (myself or friends that had passed bottle feeding 101 training) arrived every 4-5 hours she would just watch and be perfectly content with life ! Indeed this was the beginning of the “Princess” title. As the puppies thrived and began on solid food ( you all WILL eat this today) I finally recovered and life became somewhat normal. There was many things in store for the 13 pups of the “BIG” litter. At the age of 8 weeks at their vet check my vet was astounded by their BIG size. 7 boys and 6 girls ranged from 13-17 pounds ! Average is 10-12 pounds. So maybe I fed them too much ! See Ava’s offspring on their own pages for their BIG stories.

Ava’s return to the show ring came just 6 short months after her puppies were born with a JAM at the Inland Empire Speciality, May 23, 2007. At the 3 day Sporting Dog Spectacular in Surrey, BC in July 2007 Ava went RWB, WB and WB & BOW with me showing her. Now she just needed one more judge to finish in Canada. She completed that in May 2008 going WB, BOB over 4 Specials and a G3 !

I think Ava much prefers swimming, chasing tennis balls, playing with her dog friends and barking at me rather than the show ring or motherhood.

I decided that I wanted to go to Westminster, 2008 to watch Demery Paladichuk who had qualified for Juniors. Kim and Maryke ( both former juniors) were going as Demery’s support team. Heck why not take Ava ? To Ava it was just another show I think but all I can say what an experience. As usual Maryke did a fabulous job showing her.

***********************
Ava has been retired from breeding after her one and only BIG litter. While she produced a wonderful large litter she barely had milk ( maybe due to C-section) for the 13 hungry pups so I bottle fed the whole litter so I had decided she wasn’t cut out to be a Mom and she was spayed. Ava continues to be shown as a veteran from time to time and actually went BOS from the Veteran’s class at Sporting Dog shows in July 2012. Ava is perfectly happy being retired and lounging around the homefront chasing tennis balls and barking at you – just so you remember that she’s the Princess ! 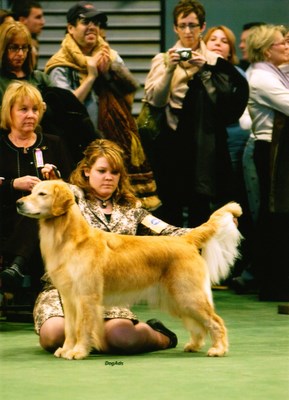 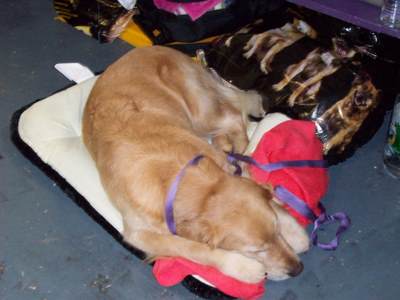 What a day- we are exhausted 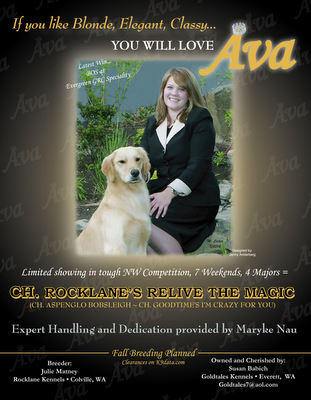 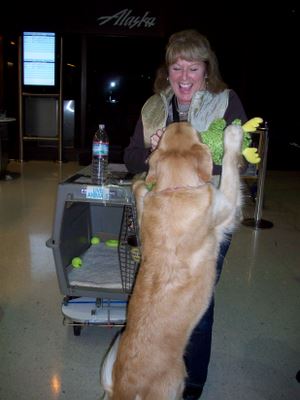 Ava and Susan arriving in NYC 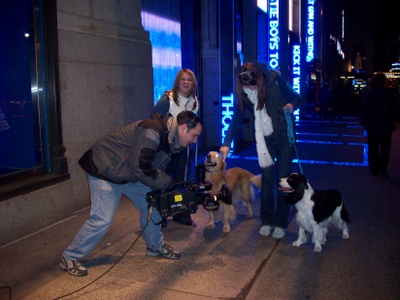 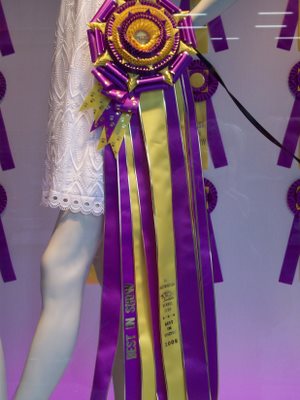 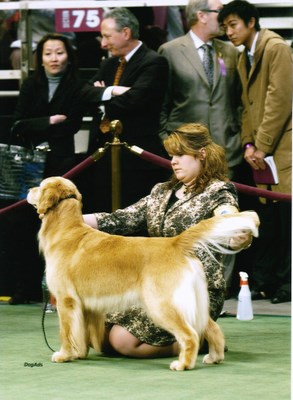 Ava in the ring 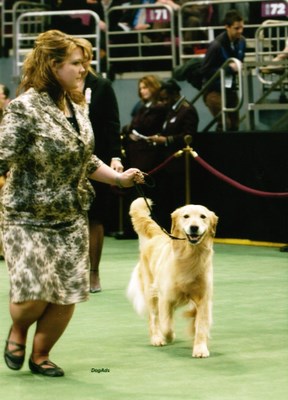 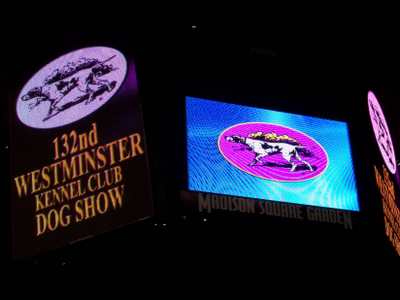 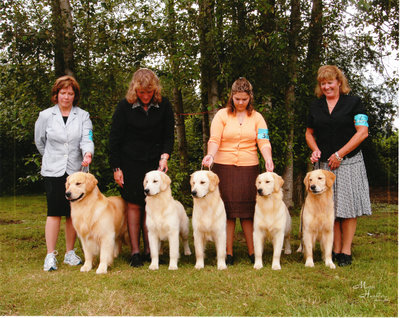 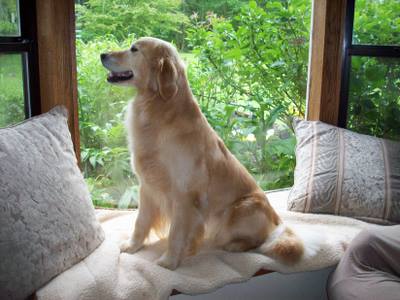 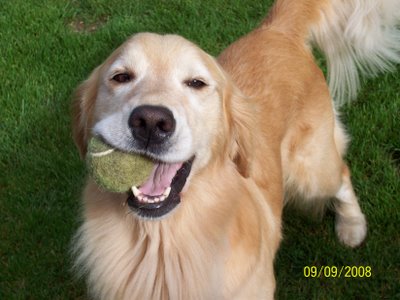 I decided that I wanted to go to Westminster, 2008 to watch Demery Paladichuk who had qualified for Juniors. Kim and Maryke ( both former juniors) were going as Demery’s support team. Heck why not take Ava ? To Ava it was just another show I think but all I can say what an experience. As usual Maryke did a fabulous job showing her.