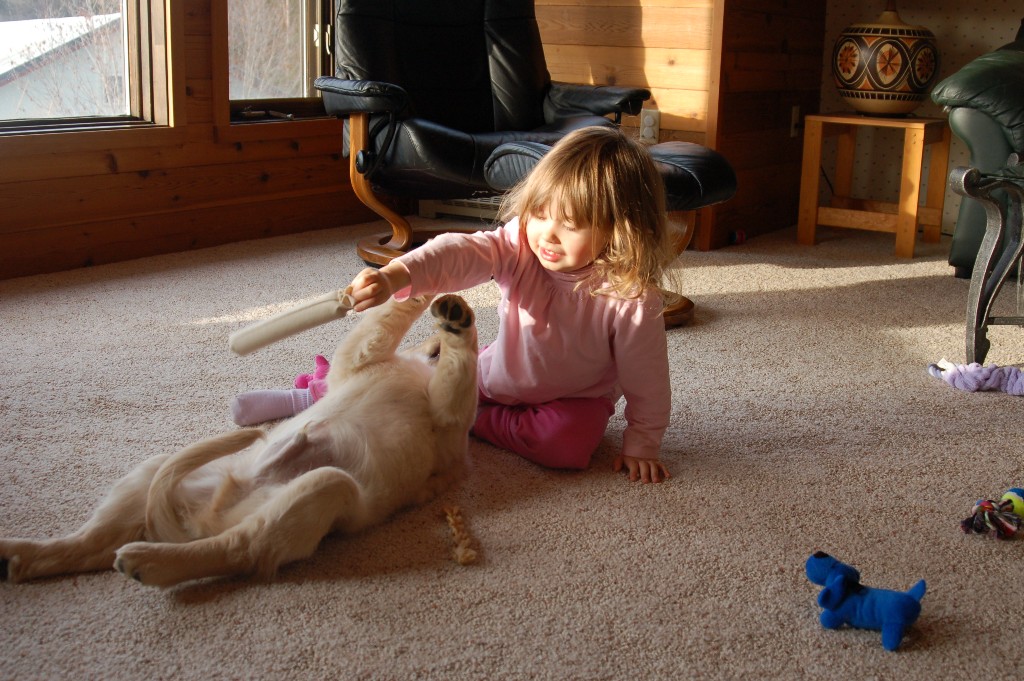 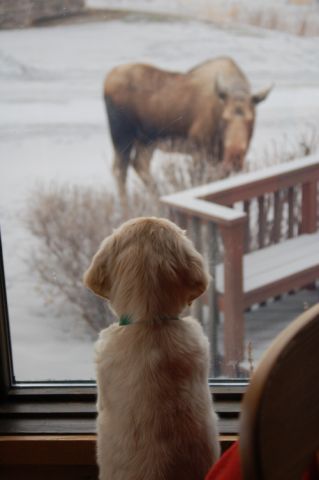 Achievements:
Tracker lives in Homer, Alaska with Abigail and David Scott and his favorite friend, Katelyn Scott, 4 years old. Tracker had a few dry runs to the Seatttle airport for his journey to Anchorage. Third time’s a charm as he would be all ready to board the plane and Mt. Redoubt would blow its top again and the pets were not allowed to fly. Wise decision on Alaska airlines yet the Scott’s thought Tracker would never get there. Heck he was about crate trained when he arrived ! Once he reached his home the photo sessions began. Abigail is very good at capturing Katelyn and Tracker at the perfect moment. Of course pink is not Tracker’s best color-he’s a boy- but I don’t thnk he cares what color he’s wearing and neither does Katelyn !

Another littermate, Garrett, who lives with Eva Ostberg already has his Junior Hunter title. Eva will continue Garrett’s field training and I look forward to those future titles.

Gallery for Goldtales Off the Beaten Path 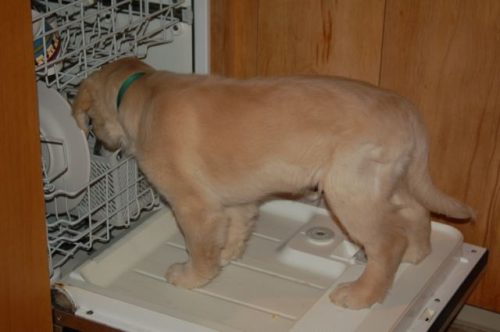 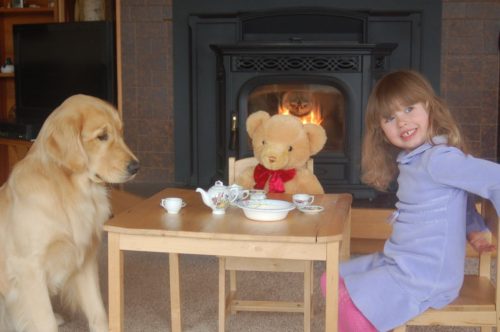 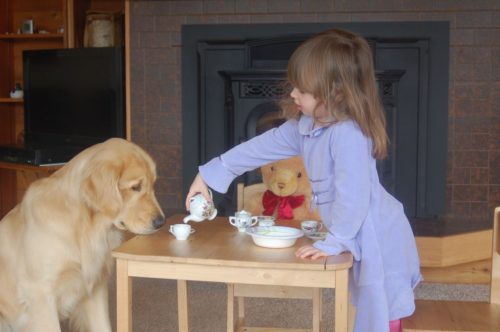 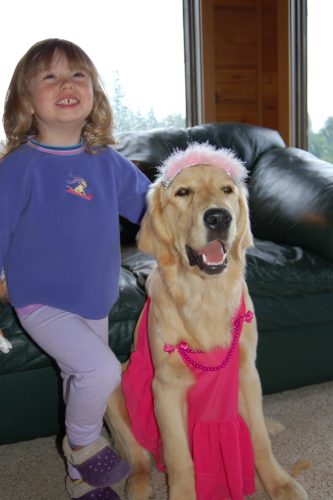 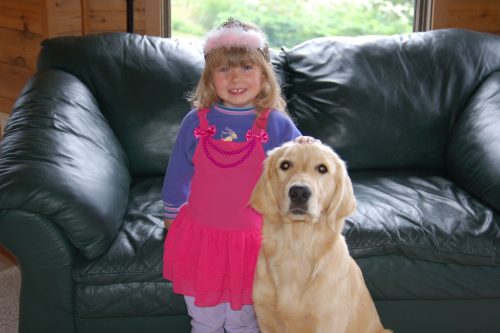 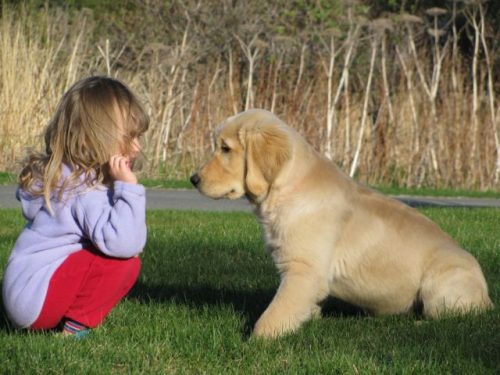 Katelyn and Tracker having a conversation 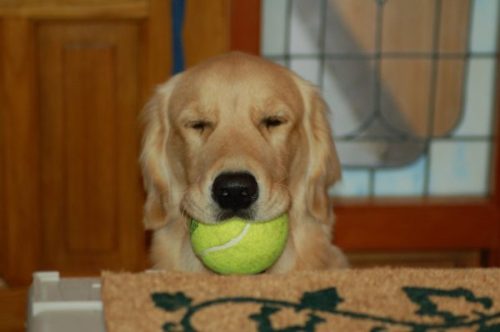 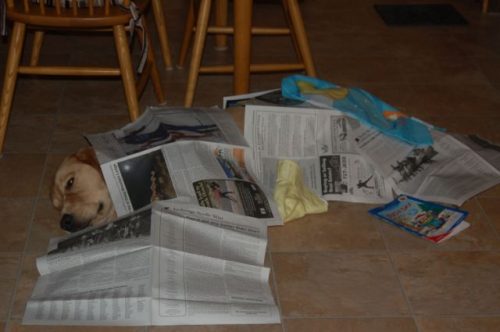 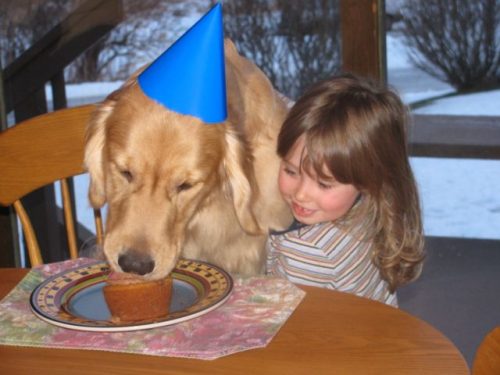 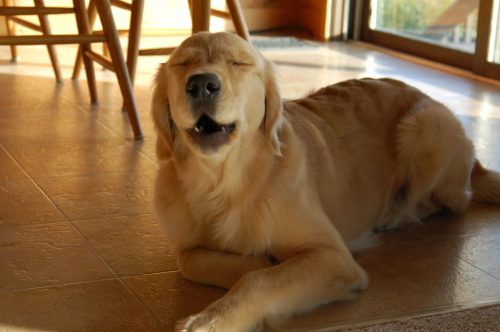 It was a very fun time at the show 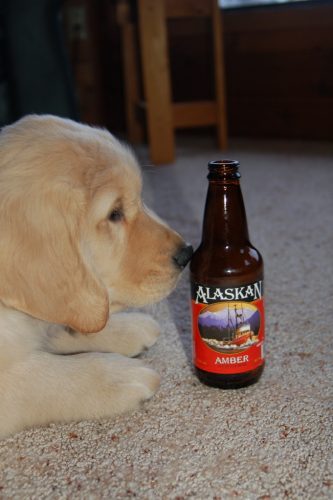 He doesn’t know he can’t have any 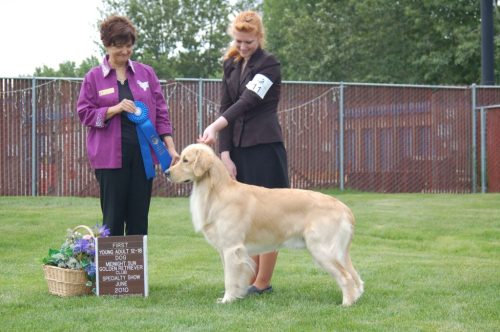