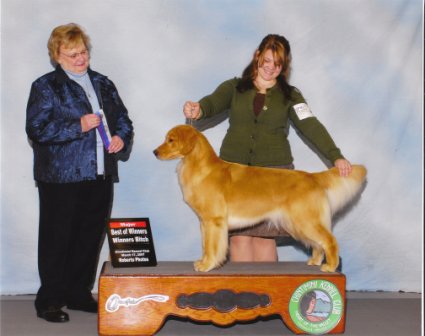 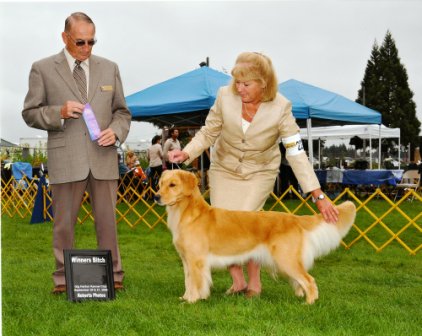 Achievements:
Trixie is the other girl that I kept from Savannah’s litter. While Visa is the sweet loving “twin”, Trix is the wound up eager beaver “twin” at times. Her name is perfect for her, she’s just so dang cute when she is so excited to see someone that she is almost squealing and just can’t get close enough. Trix has done very well in the conformation ring in limited showing and handled by her biggest fan, Maryke Nau. Trix and Visa are Emily granddaughter’s and Trix’s pictures are reminders of Emily’s early show pictures.

Trixie was bred to Major, owned and bred by Louise Battley of Tashora Kennels in Surrey BC.
Major is a Canadian bred dog who’s pedigree is a blend of English and Finish Golden Retrievers.
While Major is a good size male he is a big gentle teddy bear with children and babies.
Trix and Major both have great personalities and are primarily family dogs and show dogs
in their spare time. Major finished in Canada easily and has some group placements.
Major also sired Tim, who was Best of Opposite Sex in Sweeps at the 2007 Golden Retriever
National. Trix now has 14 points and both majors towards her U.S. championship.
After motherhood she will return to the conformation ring for that last point.

My girl puppy, Rumor, (Goldtales You Didn’t Hear It From Me) that I kept looks very promising
so far at the tender age of 5 months. Watch for her and her litter brother, Garrett,
(Goldtales Follow Your Heart) at the Sporting Dog Spectacular and the Canadian Golden
Retriever National Speciality in July. Garrett is co-owned with Eva Ostberg and myself.

Goldtales Off the Beaten Path-aka-Tracker is living in Homer, Alaska with David and Abigail Scott and his best friend, 3 year old daughter Katelyn- watch for pictures of Tracker and hope he comes back to Seattle area soon for some shows.

UPDATE: Trixie finished her U.S. Championship at her second show back after her puppies in August 2009.

Gallery for CH. Goldtales Not Just for Kids 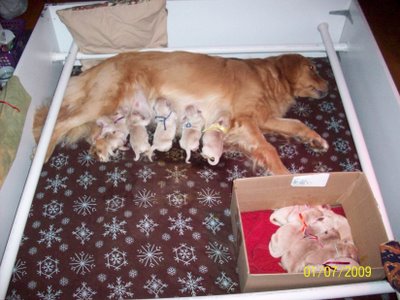 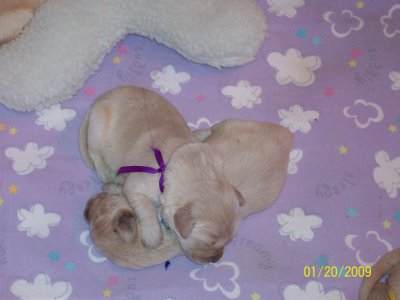 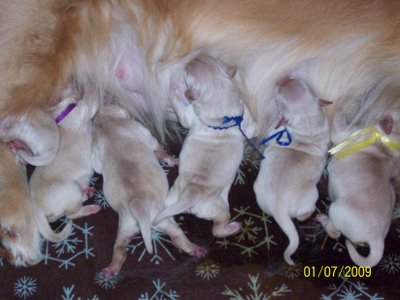 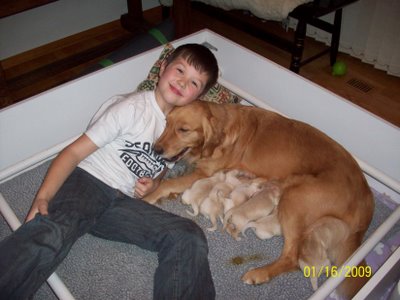 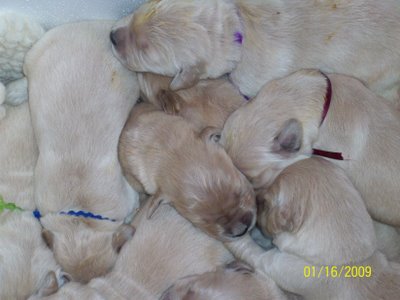 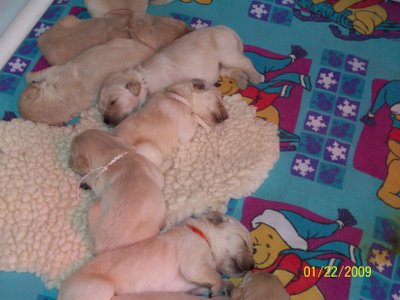 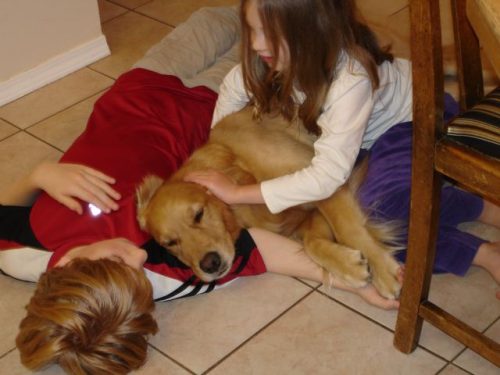 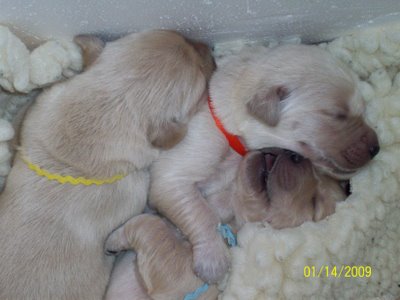 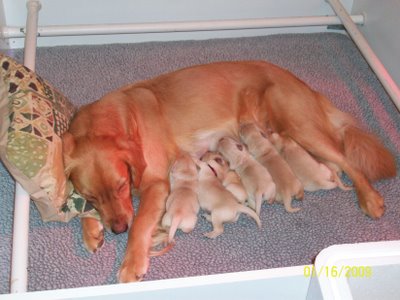